Thus, forest is essential thing in the world. To picture how useful forest is, PEFC sees that photography is one of the ways to deal with.

This year is the 3rd year for PEFC in conducting their annual PEFC Photo Contest. IFCC excitedly participated by holding its national photo contest, IFCC Photo Contest 2019, with the theme "Explore Indonesian Forest with IFCC 2019”. This year’s IFCC Photo Contest was held starting on 22nd April 2019 (Earth Day) until 5th June 2019 (World Environment Day) which attract of more than 1000 people to submit their best photography masterpieces.  At the end of the photo contest, IFCC received 1486 photos.

The judges worked hardly in selecting those 1486 photos.  One of the judges, Andrew Suryono, expressed his impression about this photo competition, “Forest is the symbol of Indonesia. Producing photos that tell stories about forest is not easy, even for professional photographers. I am quite impressed with the photos I looked at the IFCC Photo Contest 2019. Overall, the photo quality of the winners is excellent and relevant with the theme of this photo contest. The judging process was very challenging due to the huge number of the photo entry. I congratulate to all winners! Hopefully, through your photos, we can express the symbol of Indonesia positively in the international level.”

Finally, a day before the winner announcement date, the judges decided the 5 winners of the IFCC Photo Contest 2019. They are profiled at the page attached to this article.

A photo titled "Best Friend of Nature" located in Gunung Leuser National Park, Tangkahan, North Sumatra has brought Sofyan successfully as the 1st winner at the IFCC Photo Contest 2019. The photo of the Sumatran Elephant (Elephas maximus Sumatranus) that he took is one of the Asian elephant sub-species found only on Sumatra Island. The elephants are trained to help secure the forest from various threats of illegal logging practices carried out by illegal loggers.

By believing a life motto "Always Thankful", Sofyan expects to remain exploring his original ideas in innovating his photography works in the future.

Photo of 2nd winner: “The Lush of Ecotourism Forest and the Crystal Clear of “Grojogan Sewu”

“Nature can always synergize whatever is in it properly, even without human intervention. As we can see in this photo, when the natural balance is well preserved, then we can enjoy its beauty and benefits. Waterfalls that come from clear springs in the forest will not look beautiful and clean without the lush of forest cover which helps maintain their freshness. Likewise, the forests will not be able to grow densely without the natural spring that flows it.

And from all of that, eventually, the nature gives the forests selflessly to us for making the best use of it in the form of clean water source and recreational, educational and tourism benefits. Our job is not to interfere the synergy and balance of nature, but simply by keeping it away from illegal logging and polluting the spring sources, so that our future generations will also enjoy the benefit of forests.” said Kurniawan Doni Wibowo who is usually called Doni, describing the photo he took at Grojogan Sewu, Tawangmangu, Karanganyar, Central Java Province, Indonesia.

Doni has 10 years experience in photography. In recent years, he has achieved several photography achievements, including being the Runner up of the Sony SEA 2019 Photo Contest and the 3rd winner in the 2018 National Awakening Museum Photo Contest.

After becoming the 2nd winner of the IFCC Photo Contest 2019, he expects that his photography masterpiece can inspire the Indonesian people to be more aware towards the environment. Further, it will remind us to always preserve the wonderfulness of the forest resources in Indonesia that enrich this archipelago and natural springs as well as everything contained therein, so that the nickname of Indonesia as the Equator Emerald, it will be timeless. He hopes that this photo will represent the voice of Indonesia to inspire the international community to better maintain the sustainability of forests in any hemisphere as the lungs of the world so that it can be enjoyed by the next generation of all humans everywhere.

Photo of 3rd winner: "Sunset In the Western Horizon"

The photo captured by Ahmad Fadli in Biringkaya Sub-district, Bulurokeng Sub-District, Makassar City, is titled "Sunset in the western horizon". This photo has successfully brought Ahmad Fadli as the 3rd winner of the IFCC Photo Contest 2019. He described his photo as a natural phenomenon of the sun, which has its own beauty.

Ahmad is a college student whose hobby is photography. He has 5 years experience in doing photography works. He excitedly participated the IFCC Photo Contest 2019 to showcase his beautiful best photo work. By embracing the life motto "hard work and continue to be creative", he expects that becoming the winner of the IFCC Photo Contest 2019 will encourage him to be more passionate in producing better photo works and become a famous photographer.

This landscape & traveling photography hobbyist revealed that the aim to take part in the IFCC Photo Contest 2019 was to measure his achievement in the agenda of good quality of nature photo competitions both nationally and internationally. He admitted that he has been 4 years in experiencing the photography.

The owner of the life motto "Today is better than yesterday" has achieved various achievements in photography in recent years. Some of his achievements are the favorite champion of Haida Filter International in 2018, joining the 2019 Haida Filter Indonesia Team, the second winner in the 2019 Disporapar Event for landscape category in Central Java, and one of the winners in the 2019 Himafest Bali national photo contest.

Roni expects that after becoming the 4th Winner of the IFCC Photo Contest 2019, he is still be able to continue working and promoting the natural wonderfulness of Indonesian forest.

“One of the residents collects the resin gum in “repong damar” near the South Bukit Barisan National Park areas in Lampung Province. To collect the resin gum, the collectors are equipped with “alit” (a type of rattan rope to uphold their bodies when climbing the trees), ships and containers to put the resin.” said Edy Susanto, the 5th winner of the IFCC Photo Contest 2019, explained the description of the photo he took at the Bukit Barisan Selatan National Park Repong Damar, Lampung.

Edy is a freelance photographer whose hobby is photography and hiking. He has been engaged in the world of photography for more than 10 years.

After becoming the 5th winner of the IFCC Photo Contest 2019, Edy hopes to continue working on photography and his work to be accepted in the wider community.

A little review of this IFCC Photo Contest 2019 jury, he firstly won a big international award: 1st winner in the World Photography Organization photo competition, the biggest photography competition in the world. Moreover, he won many other awards where lots of his photos have been exhibited in the museums and galleries in more than 15 countries. Further, he has also worked with many large companies in the world including National Geographic. In 2018, he was awarded as the first Indonesian photographer whose picture was successfully displayed in the prestigious National Geographic Fine Art gallery in America. 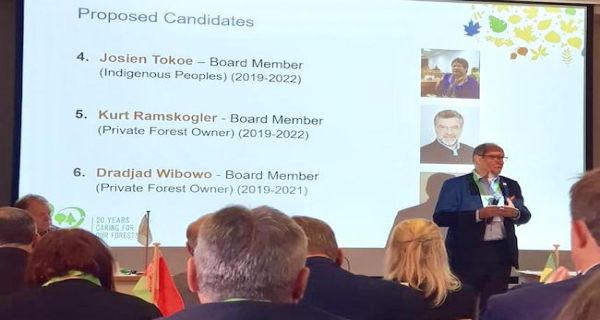 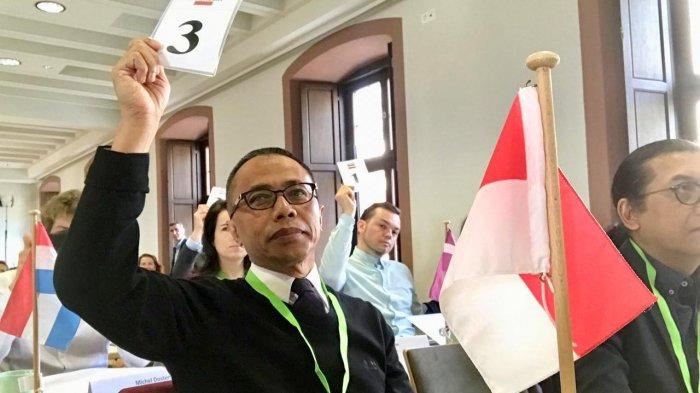 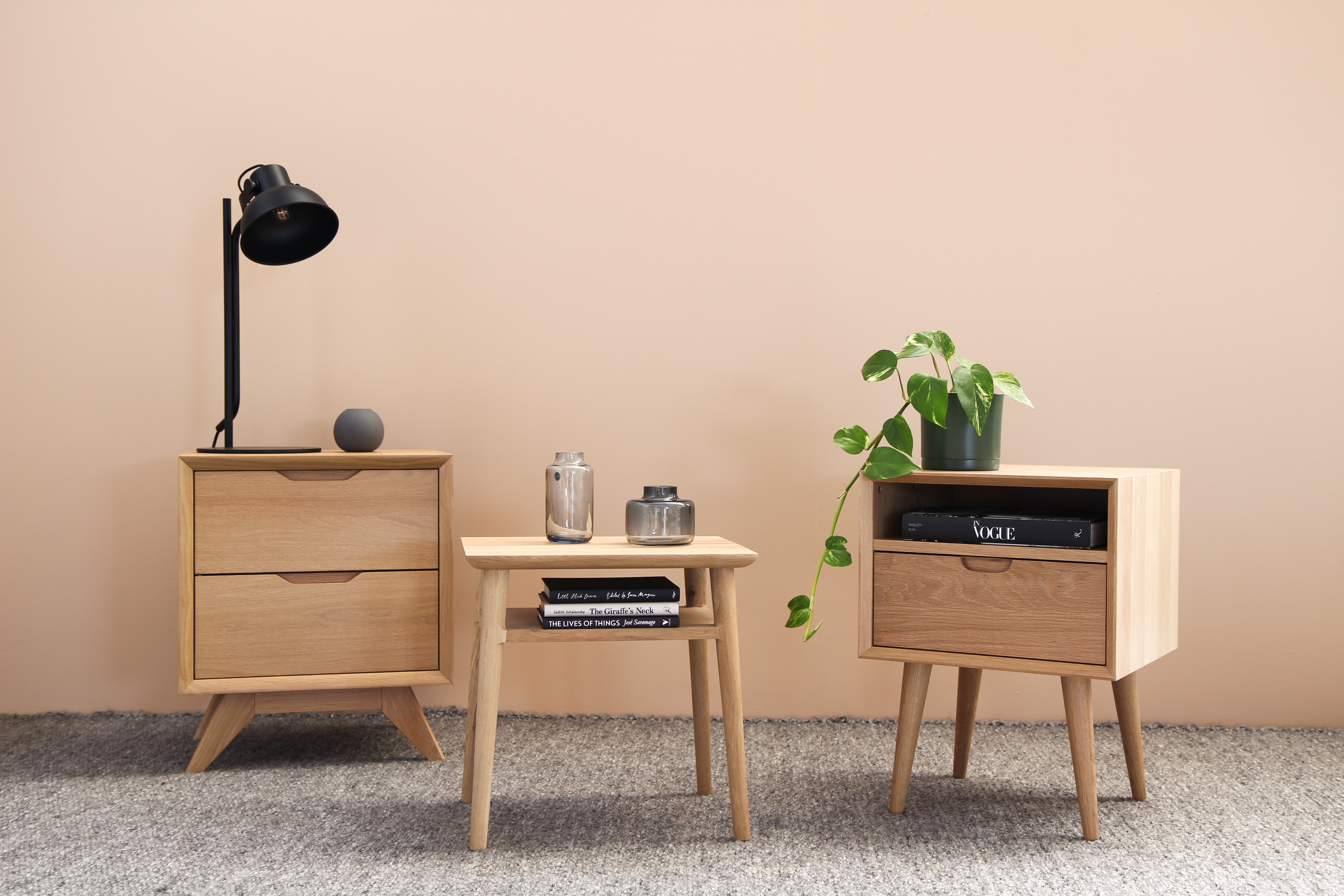 PEFC is helping all actors of the wood furniture supply chain and consumers embrace responsible sourcing of wood furniture with its latest awareness campaign. A global public launch will take...